Homes for Sale in Gardnerville, NV

Included below are homes for sale in Gardnerville, NV. If you would like more information on any of these Gardnerville listings, just click the "Request More Information" button when viewing the details of that property. We can provide you with disclosures, past sales history, dates and prices of homes recently sold nearby, and more.

And, if you haven't already, be sure to register for a free account so that you can receive email alerts whenever new Homes for Sale in Gardnerville come on the market.

Lawrence Gilman purchased the Kent House in 1879 and decided to move the property from its place in Genoa to a new home on seven acres of land near the Carson River. He converted the house into a hotel, a blacksmith shop, and a saloon. Gilman purchased his property from John M. Gardner, inspiring the name for the Gardnerville Hotel and eventually, the town of Gardnerville. In 1899, the community became a significant trading hub in the Carson Valley, although it took time for Gardnerville to prosper into what it is today.

Gardnerville is only a few minutes east of Minden, separated by a "Welcome to Gardnerville" sign along the side of U.S. Highway 395. Lake Tahoe is on the opposing side of the Sierra Nevada Mountains west of Gardnerville. Stateline at Lake Tahoe is just a 30-minute drive from the town, providing the Heavenly Shops and the acclaimed Edgewood Tahoe golf course overlooking the shore of Lake Tahoe. Carson City is 30 minutes north of Gardnerville, full of rich Nevada history, like the Nevada State Capitol Building and the exhibits of the Nevada State Museum.

Carson Valley Golf Course is on Riverview Drive off of U.S. Highway 395, minutes from the center of Gardnerville. The 18-hole golf course features a multitude of different golf leagues, a Pro Shop, and a footgolf course. Nextdoor, you can enjoy a meal at the Carson Valley Country Club restaurant. The Carson Valley Swim Center of Minden is a fantastic recreation center for both communities. The center offers swim lessons, water aerobics, plus lifeguard and CPR training. The swim center also features water slides, diving boards, a separate lap pool, a rock-climbing wall, and a fitness center. 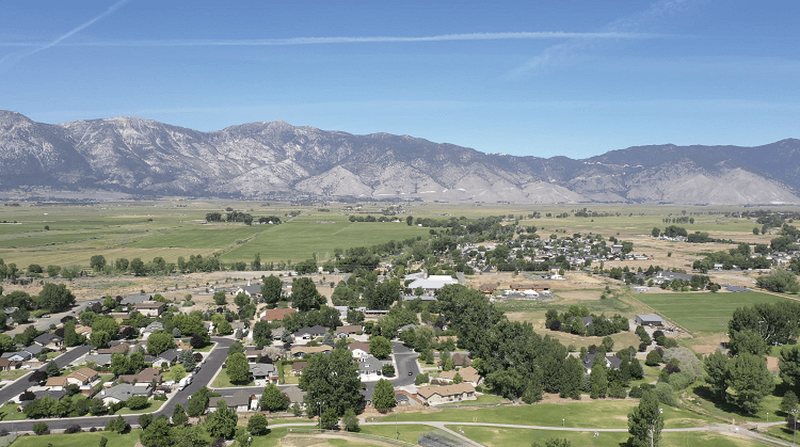 The Gardnerville Skatepark is the only park of its kind in the community and is regularly filled with skaters and bikers on the weekends. The park is across Waterloo Lane from Lampe Park as well as across U.S. Highway 395 from the Grocery Outlet Bargain Market's shopping center. That center also has a Raley's, Smiths, Pho Chopstix, and Kim's Donut. Down the street about a mile is a Walmart Supercenter near the Carson Valley Medical Center and Gardnerville Health and Rehabilitation Center.

Students of Gardnerville begin their education at Gardnerville Elementary School before entering Carson Valley Middle School. The middle school was the former site of Douglas High School, as well as the Carson Valley Museum and Cultural Center before the high school found its home today on Highway 88 in 1975. In 2015, Douglas High finished the construction of a brand new building for Science, Technology, Engineering, and Mathematics, or STEM program. Gardnerville, Minden, Genoa, Stateline, Zephyr Cove, and Glenbrook are all served by the Douglas County School District.

For more information about homes in Gardnerville and other areas, visit our website NevadaRealEstateGroup.com, or call us (775) 750-1700.

Buying a Home
Moving To and Living In Carson City, Nevada: The Definitive Guide [2021 Edition]
BY Chris Nevada
View All Blog Posts

Moving To and Living In Carson City, Nevada: The Definitive Guide [2021 Edition]

10 Things You Need to Buy A Home Today